Photo tip of the Day.. Go to an air show, bring a camera..

Air shows are a little more rare these days likely due to a combination of logistics, cost and the extraordinary level of commitment it takes to be involved in aviation as a sport.  A decade ago, there were air shows at many local airports as well as the big shows in the international airports such as Stewart International in Newburgh.  The New York Air Show returned last year to rave reviews in spite of a dark start with the pre-show death on a pilot.  This years show imptoved attendance from last years 15,00o to over 17,00 on the Saturday of this past Labor Day Weekend and similar crowds on Sunday.  Enjoy these pics.  The challenge is to capture the noise, color, intensity and drama of the show in an image.  Camera used is a Canon 5D Mark iii with a 24-105 F4L and a 100-400 F4.5-5.6L lenses.  The pilots and crews had a blast.  The fans and photographers did too. 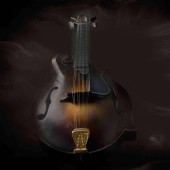 Photographer of the week Rainer Mirau