Ubuntu is an African term for humanity, meaning that a person is not a person without other people, we are shaped by the people around us or  “I am because we are”.  To me, it also translates into ‘loving your neighbour as yourself’.

In this photo-series, I aim to portray the spirit of Ubuntu through portraits of the amaXhosa people, a culture in which everybody is your brother, sister or mother.  We are one.

From the amaXhosa who has a great sense of community I learnt how neighbours look out for each other and it is a common sight to see children looking after their smaller siblings or cousins and grandmothers looking after their grandchildren while mothers hunt for jobs.  Everybody work together for the good of the greater whole.

The photographs in this personal ongoing project are taken from Cape Town city townships to the rural Transkei Xhosa homelands and birthplace of Nelson Mandela.  I worked in the townships for a while from 2008 and lived in the rural Transkei from 2011 to 2013, still visiting yearly).  Some photographs depict the relationship between people (even a man and his hunting dogs!) while others are portraits of individuals I have come to know and respect as great examples of living out Ubuntu in their daily lives. 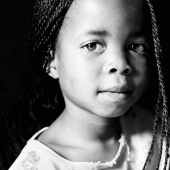 Jerkmate Evaluation Be Taught All Of The Detailes About Jerkmate